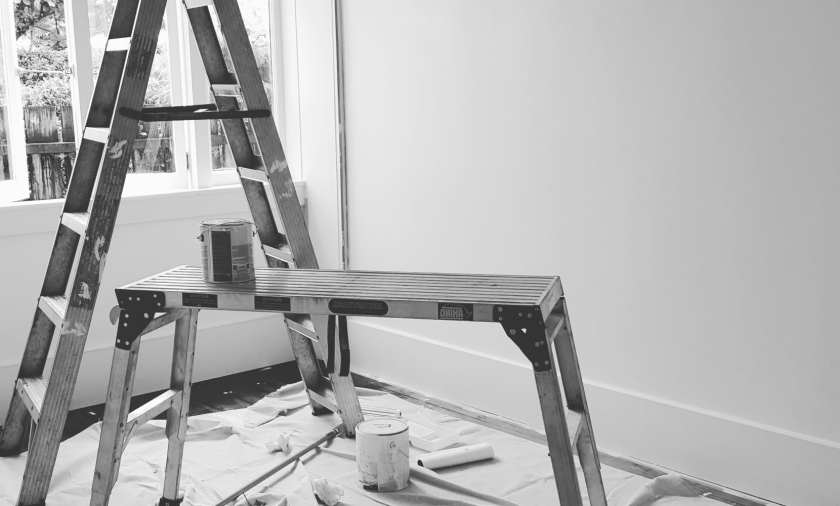 I love renovations.  All those before and after shots, those makeover shows where rooms are transformed in no time and with next to no budget, are truly inspiring. I could watch them all day.

But in a cruel twist of fate it turns out reality TV is nothing like actual reality.

Apparently there is this thing called ‘prep’, which involves dusting, washing walls, filling holes and cleaning years of accumulated gunk out of corners of window frames with a toothbrush. Oh and it involves taping. Lots and lots of taping. DIY is most definitely not in my DNA. 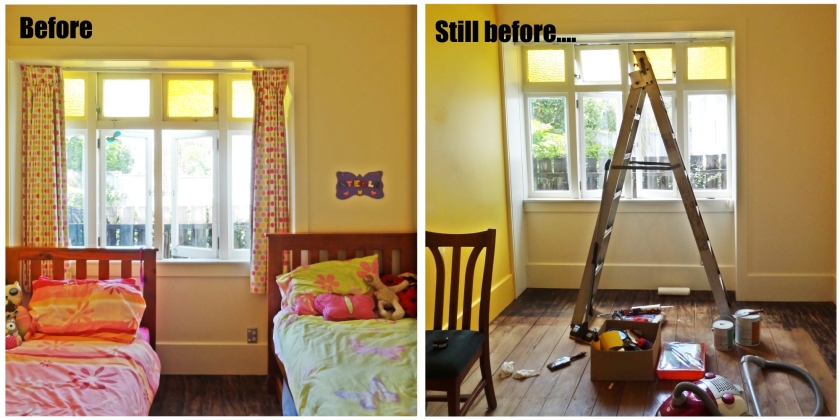 End of Day One. The room is transformed, but not quite as I had imagined it. If this had been a reality TV show and we had been a camera-friendly, dungaree-wearing couple, our makeover would have been finished, and we’d be smiling wearily at each other’s paint splattered faces over a chilled glass of Pinot Gris.

Day Two: plan is to have first coat of paint done and dusted by lunchtime, however we’ve had two setbacks. The first being a certain Rugby World Cup game which saw the whole family up at 3.30am, slowing productivity significantly. The second setback is more serious. Miss 10 and Miss 8 have made a last minute decision to change the colour of their room, only they’re not sure which colour to change it to. 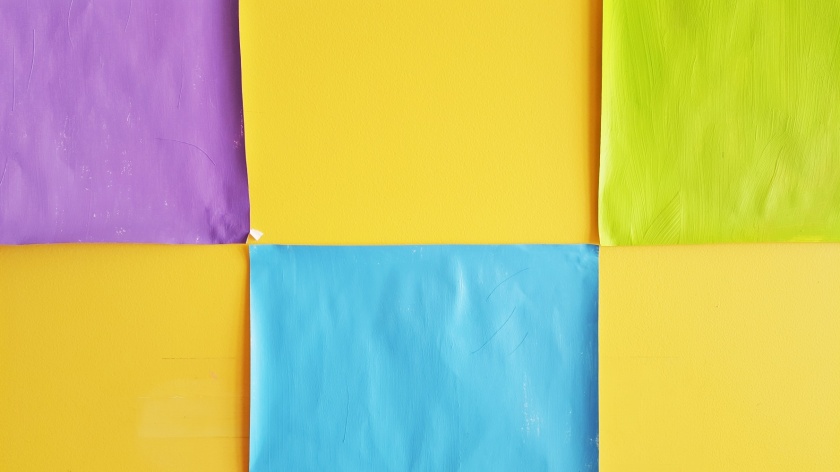 End of Day Two: despite hours and hours of hard work, the room looks no different.

Frustrated at the lack of progress I suggest to husband that – just like on The Block – I spend the day out shopping for furniture and colour co-ordinated accessories while he paints. His reaction confirms to me that reality TV really is nothing like actual reality.

Day Three: the locals are getting restless. They’ve given up offering to help and instead want to know when the painting will be finished and if they will be fed anything other than toast, biscuits and yoghurt any time soon. There is paint everywhere.

Suddenly we have a breakthrough. A colour is chosen and the real transformation, the bit that you can actually notice, gets underway.

End of Day Three: by joves we’ve done it. The painting is finished. Hundreds of metres of masking tape has been removed. Everything’s been tidied up, washed up and put away for next time (yes, there will be a next time).

It’s not perfect, but each and every blemish is a memory made, or a lesson learned. Like:  always buy twice as much masking tape as you think you’ll need. And:  while the ‘prep’ stage is mind numbingly tedious it is the most important bit and you’ll thank yourself if you take the time to do it properly.

We sit back and admire our handiwork. The first bit of our first DIY project is finished. There’s alot more to do on this bedroom makeover, and then lots more projects to do after that. But it’s a good start.

Maybe, just maybe, there is a little bit of DIY in my DNA after all.